A Special Thanks To All Of You 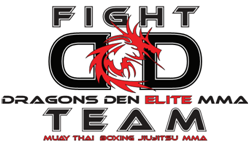 It is hard to believe that 25 years of teaching, training and learning has gone by in the blink of an eye. When the Den was a new martial art, self defense and training facility the sounds of pads being hit, kicks and punches, ground training and the vocal strains of peoples efforts echoed off the walls of a racquetball court in the complex in which the Den started. All those people of days gone by were the bricks and mortar that would eventually become the “hard” location you stand in today.

I have had the privilege to be a part of many people’s lives both professionally and personally. From being a part of their childhood to seeing the birth of their first child to the sorrow of life being taken too soon, these were a part of my journey as instructor, teacher and friend.

There are so many reasons why people over the past two and half decades have been part of the Den. For many it was about health, fitness and confidence. For others it was for the control of inner demons that plagued their lives with no real outlet to control those things that made them vulnerable. Others still came to learn the skills that made relevance to their professional occupation especially in the line of law enforcement, border services and correctional employment.

After all this time I have come to the conclusion of why I have been so blessed to be a part of other peoples lives. It is not why you come here that is important. It is what you do at the Den that is. We are all responsible for each others success (or failure) when we make a conscious effort to participate. It is this premise that everyone as individuals sees the results that they in the end can take pride in. The Den is not a belt factory and no one has ever received something at the Den that they did not work hard for to achieve.

With all the accolades, awards, championships and recognition the Den has received over the years it is a testament to its members that success can be measured. To have been blessed for a third of my life to the pursuit of making ‘deserved’ people more successful for whatever their reason(s) has truly been a gift that will forever be priceless.

Thank you for the past twenty five years.